WELCOME TO MY ONLINE SPACE (Scroll Down)

ALL FOR YOU ON ITUNES

Jon recently released the song "All For You" on iTunes.

The song was written as part of a proposal to his new fiance. 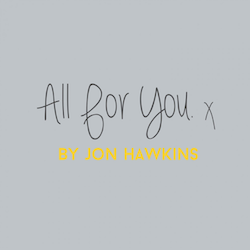 Over the past few years Jon has built up Elate Studio to be the leading choice for online entertainment development.

The new updated website for Elate is Live with lot's more to come this year from the brand. 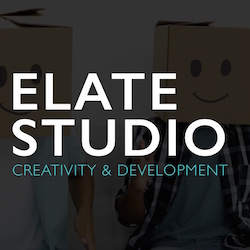 Jon has been working off stage on Rachel Tucker's debut album "The Reason". 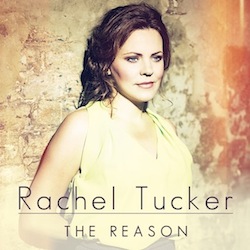 Developing Charlie over the past 10 months along side producing partner Kai Mckenzie.

You can catch Charlie auditioning on the upcoming series of the X Factor. 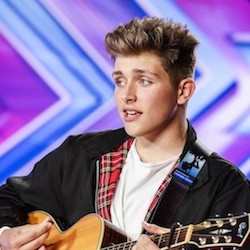 At the age of eleven Jon made his professional debut in the RSC's production of 'The Merry Wives of Windsor' with Leslie Philips, Susanna York and Edward Petherbridge at the Barbican Theatre London.

Jon then went on to attend the Italia Conti acadamy in London where he trained for 3 years before graduating with honors in 2005. While at college Jon also had the oppurtunity to appear in the Harry Potter movies. 'Harry Potter & The Philosophers Stone' and 'Harry Potter & The Prisoner of Azcaban'. Jon worked as a double for the character Percy and a Hogwarts Prefect on both these movies. An unforgettable experience which gave Jon the chance to bridge his gap between stage and screen.

Soon after finishing college Jon was cast as Sebastian in musical comedy 'The Thing About Men' at the Edinburgh festival. He then spent the rest of 2005 at sea as the lead production vocalist on the Ocean Majesty cruise ship.

After returning from his cruise Jon joined the cast of 'Tonight's the night' the Rod Stewart musical. He was also given the chance to understudy and play the two lead roles, Stu and Rocky. Jon spent the next six months touring theatres all over the UK.

When Jon returned from the tour he joined the International acclaimed 'Twelve Tenors'. He stayed with the group for the next nine months travelling round europe and America.

After returning from the Tenors tour, Jon was cast as 'John' in the UK premier of Broadway writer Andrew Lippa's 'John and Jen' at the Finborough theatre London. Jon was also given the chance to perform songs from the show with the composer at Andrew Lippa's concert in Knightsbridge.

However before doing this he has just enough time to play 'The Leopard' in a short run of Stiles & Drew musical 'Just So'. Again at the Edinburgh festival.

Whilst performing 'John & Jen' Jon began rehearing the role of 'Sky' for the International tour of smash hit musical MAMMA MIA! Jon toured all over the globe with the show for a year.

Jon headed to Vegas & Monaco in 2009 to Play Jerry Lee Lewis in 50's musical 'Rock Around The Clock'. However Jon was also busy off stage launching his company Elate Studio. Providing websites and music for the entertainment industry. His 1st music release that year was an album for west end performer Ryan Molloy "Sings Frankie". You can hear or purchase the album from www.ryanmolloy.com.

2010 saw Jon back touring the UK playing "Jerry Lee Lewis" once again in 'Rock Around The Clock'.

In 2011, Jon completed a run of 'Slice Of Saturday Night' 'Upstairs At The Gatehouse' playing the role of Gary before embarking on a brief tour of 'Tap Dance Fever'.

Jon's also released his debut EP 'Horizons' on iTunes. He continues to write material with aspirations for a full album in the near future.

Shortly after this he was cast in the European tour of smash hit musical 'The Rocky Horror Show' playing the role of Brad Majors. He stayed with the show till May 2012.

As well as touring europe Jon embarked on a new venture launching 'Stage Status', a social network and directory for the arts.

With nearly 10,000 members in the 1st year, Stage Status is a new exciting site for theatre professionals and enthusiasts.

2013 see's Jon touring the UK once more with 'New Jersey Nights'. A celebration of the music of The Four Seasons.

He most recently produced Rachel Tucker's debut album 'The Reason' which is due for release August 2013.

Throughout 2013/14 Jon worked alongside Kai Mckenzie to help create the "Charlie Jones" project. Signing 14 year old Charlie and working to develop him into a young music star.

After writing and recording a single called "Belieber For Life" (a song about Justin Bieber). In addition Jon directed and produced Charlie's 1st music video for the single which has built up over 1 million views on Youtube.

2015 is set to be a busy year with the launch of Elate Global in the summer. A platform to tie together multiple creative projects.

Use the players below to sample recordings Jon has done throughout his career.

Jon released single "All For You" on iTunes November 2014.

Jon's also has debut EP "Horizons" was released February 2011 and is available now on iTunes.

Keep checking back on this site for updates on future music projects this year.

To send Jon a message please use the email form below.

For professional enquiries only. Jon is represented by Mellisa Wildey at K-Talent artist management. 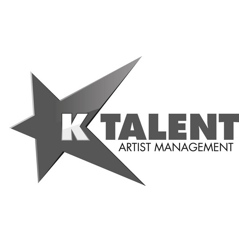 As well as performing on stage Jon also regularly performs at corporate events and private functions around the country and sometimes the world.

Whether it's one song at a wedding, an hour on the piano at a private function or on stage with a full band at a large corporate party. Jon takes his performing experience straight to your event to wow the crowd of guests or clients.

For more information on how to book Jon for your event please email Elate Artists below.

Some relevant links to Jon's friends and busin